Atracids, more commonly known as funnel-webs, are a notorious family of spiders that are native to Australia. The not-so-itsy-bitsy funnel-web spider is one of the most venomous spiders in the world, and responsible for 13 fatalities.

Luckily, in 1981 an antivenom was developed. Since then, there have been no recorded deaths and over 100 people have been saved by the antivenom.

But 30-40 people are bitten by funnel-web spiders every year in Australia. And when not treated correctly there can be fatal or very serious consequences.

That’s why it’s important to be prepared for the unfortunate situation of a funnel-web spider bite, and better yet, know how to avoid the situation altogether.

What Makes Funnel-Web Spiders So Dangerous?

Australia is home to over 40 species of funnel-web spiders (Australian Museum). However, not all species are known to be dangerous. The deadliest species is the male of Atrax robustus, more commonly known as the Sydney funnel-web spider, which is responsible for all recorded deaths and many more bites which have led to serious medical emergencies.

What makes the Sydney funnel-web spider particularly so fatal are delta-hexatoxins, which are the neurotoxic peptides found in the venom (The University of Queensland). The Sydney funnel-web spiders’ toxins originally evolved to prey on insects such as cockroaches and flies. But as the male spiders left the safety of their burrow they started to encounter dangerous vertebrate predators, such as birds and bandicoots. This natural selection put pressure on the venom of the male spider to switch from insect-specific to vertebrate-specific.

And unfortunately, we humans are vertebrate species. And this venom can kill a human in just 15 minutes (Australian Geographic).

How To Avoid A Funnel-Web Spider Bite

To avoid a bite from a funnel-web spider it’s crucial to know what they look like and where you’ll likely find them.

How to identify a funnel-web spider:

If a spider fits the above criteria, it is best to avoid it carefully.

Even if it’s not a funnel-web spider, it could still be another dangerous ‘big black spider’, such as the mouse spider (see below), which is venomous and very common in Australian households.

So where do funnel-web spiders live?

Funnel-web spiders are typically found in the moist forest regions of Australia’s east coast, ranging from Tasmania to North Queensland.

As they like to make their burrows in moist sheltered habitats, you likely won’t find them in the middle of your backyard lawn, but rather under loose rocks, bark, or logs while gardening.

Now you know what to look out for, here’s how you can significantly reduce your chances of being bitten by a funnel-web spider:

If you think you or someone else has been bitten by a funnel-web spider, look out for the following symptoms:

If the victim is displaying the above symptoms, you should immediately take the following action:

Not only can learning first aid and CPR be crucial in dealing with a funnel-web spider bite, but it can save lives in a variety of situations.

Our first aid courses and CPR courses are run throughout the summer by our professional and friendly team. If you’re interested, call us today, or book a course online. 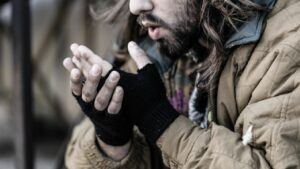 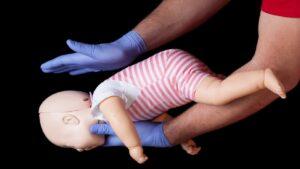 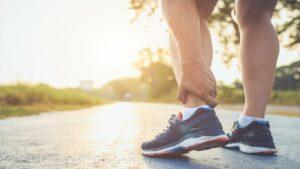